The pdf is in A4 format, ready to be printed, cut and glued together

The set contains 27 black & white miniatures based on the prompts presented:

- a cleric, blessed by the SUN

- a magical fey knight, protector of the WOOD

- the skeletal remains of an undead, raised from the ASH

- a paladin, protected by an ANGELIC shield

- a Ettin, dealing with the problem of having DOUBLE the amount of heads

- a Dryad, with her hair filled with FLOWERs

- a sneaky halfling rogue, hiding inside a CLOUD of smoke

- a WILD looking wolf, ready to ambush poor people lost in the mountains

- an elven mage, reading her BOOK to prepare her spells

- a bard, making some SOUND

- a gluttonous Xorn, ready to gorge itself on some GEMs

- a skeleton, the spine of any UNDEAD army

- a Goblin shaman, ready to SPARK some problems

- a Fire Elemental, whose presence will make any room HOT

- a Dullahan, trudging through the field of an ancient WAR

- a MECHANICAL stove golem, created by a rather sensitive to cold inventor

- the FUNGAL menace of a violet fungus, lurkin the shadowy caves of the underdark

- a FLAME wraith, summoned to bring the heat into battle

- a monk, following the MYSTICAL way of punching people in the face

- a dreaded necromancer, making BONES walk again with their powers.

- an EVIL member of a cult, listening to their cult leader

- an ancient statue of a forgotten GOD, worshipped by a cult

- a GIGANTIC menace, walking through the farmlands near his hills 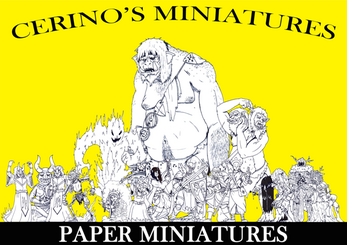 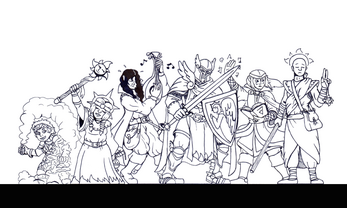 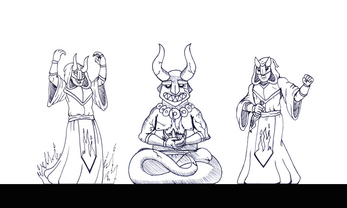 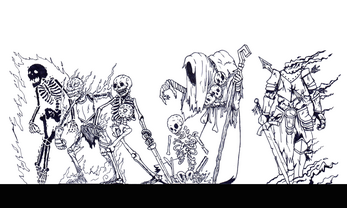